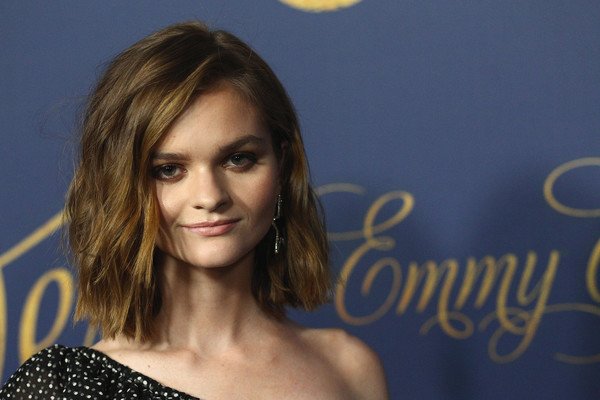 Kerris Dorsey is an American actress, recognized her for roles in different movies and dramas. Currently, she starred as a lead role of ‘Bridget Donovan’ in a long run series ‘Ray Donovan’. Other than this, a young and vibrant actress is known for performance in the series ‘Brothers & Sisters’ along with Sally Field.

Moreover, the actress has established herself on the big screen as well. She has appeared on the Brad Pitt starred movie ‘Moneyball’ in 2011, a noteworthy character of Pitt’s daughter. Further, her role as ‘Emily Cooper’ in the 2014 movie ‘Alexander and the Terrible, Horrible, No Good, Very Bad Day’ has been praised by critics. Let us scroll down to know more details about the actress.

The beautiful actress was born on 9 January 1998 in Los Angeles, California, as Kerris Lilla Dorsey. She was born as youngest daughter to father John Dorsey. He is the founder of a hair accessory company ‘Lilla Rose’. Perhaps, he named the company after the middle name of her two daughters. She has an elder sister Justine Rose Dorsey who is also an actress. She has appeared on two episodes of the series ‘Brothers & Sisters’ where Kerris was a regular.

Furthermore, she has not disclosed much information on her education. She grew up in her hometown and maybe she finished her basic education in LA.

from the child actor archives

The actress entered into the entertainment industry at the age of just seven years old. She began her career with the commercials and advertisements including for Hallmark, KFC, and so on. She debuted her big screen career in 2005, appearing in the film ‘Walk the Line’ as ‘Kathy Cash’. Following the role of ‘Zoe Brody’ in ‘Just Like Heaven’, Reese Witherspoon starred movie. After that, she has shown her good performance in other films including ‘An American Girl: McKenna Shoots for the Stars’.

She debuted her television career with a guest role in Neil Flynn starred medical series ‘Scrubs’ along with Zach Braff and Sarah Chalke. In 2006, she appeared in guest roles in four series including ‘So Notorious’ and ‘Vanished’. From 2006-2011, she had featured in 52 episodes of the series ‘Brothers & Sisters’ as ‘Paige Whedon’. In 2012, she appeared a guest role in Disney’s series ‘Shake It Up’ which helps to recognize her globally. After that, she was seen performing many series like ‘Girl vs. Monster’ and ‘Mad Men’.

Besides, she has also emerged as a singer, she sang the song ‘The Show’, a cover of Lenka’s song in the movie ‘Moneyball’. The song was downloaded more than 110,000 times. Further, she has also participated in some songs of her sister’s album in 2014.

never got to properly say THANK YOU to everyone who watched this season of @raydonovan. shooting this year was one of the most beautiful experiences i've ever had. hope you enjoyed and we will see you next year in nyc ❤️

Coming over to her personal life, she is not single also not married too. She had always been in one relationship until now. Since 2014, she is dating fellow co-star Dylan Minnette. The couple met first on the sets of the film ‘Alexander and Terrible, Horrible, No good, Very Bad Day’. They portrayed the character of siblings to the lead actor Alexander Cooper.

Following that, they had worked together in a few series and movies. Further, they caught the attention of media because of their on and off relationships. Therefore, some sources reported of their breakup in 2018. However, the couple has not confirmed by themselves whenever it happens we will be here to notify you. 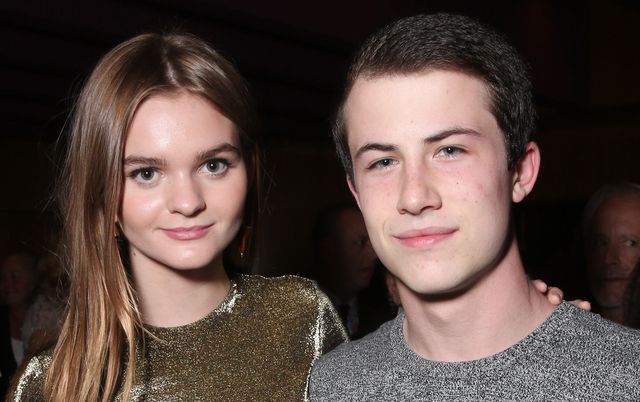 At a young age, she had made a quiet impressive net worth of around $4 million. She makes this income from her acting career. However, she also gathers a good profit from advertisements and endorsements too. And surely there will be an increase in her six-figure number in her net worth as she is young and yet to come more in the future.

celebrating one of our more corporate holidays in appropriately corporate fashion 👅💰💕

She has a slim and fit body that has a height of 5 feet 7 inches or 1.70 meters. Her body has a measurement of 35-24-33 inches and weighs 55kg. She has an attractive green eye color and blonde hair.