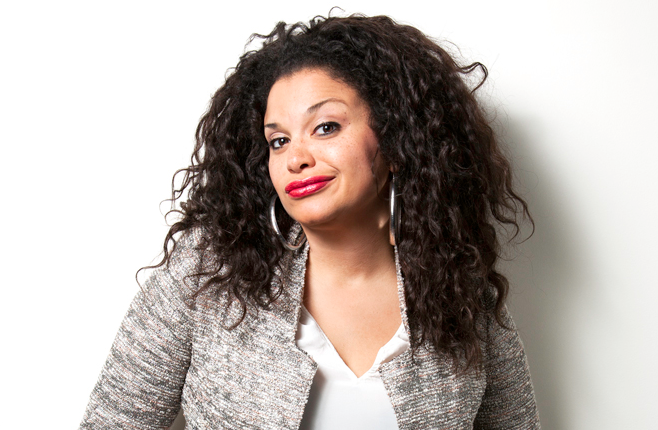 You would agree with us that nowadays, many stand-up specials are released and especially on Netflix. There are many stand-up comedians whose specials are been popular these days including Ali Wong‘s ‘Hard Knock Wife’ and Hannah Gadsby’s ‘Nanette’. Likewise, the American native stand-up comedian Michelle Buteau has lined up and been highlighted for many local shows as well as for her Netflix’s ‘The Circle’.

Besides comedian, she has begun to host her own podcast ‘Late Night Whenever!’ since 2018. For that, Time magazine has labeled as one of the best podcasts of 2018 so far. Also, she has appeared on a handful of movies and series including 2019 ‘Isn’t It Romantic’, ‘Russian Doll’, and ‘First Wives Club’. 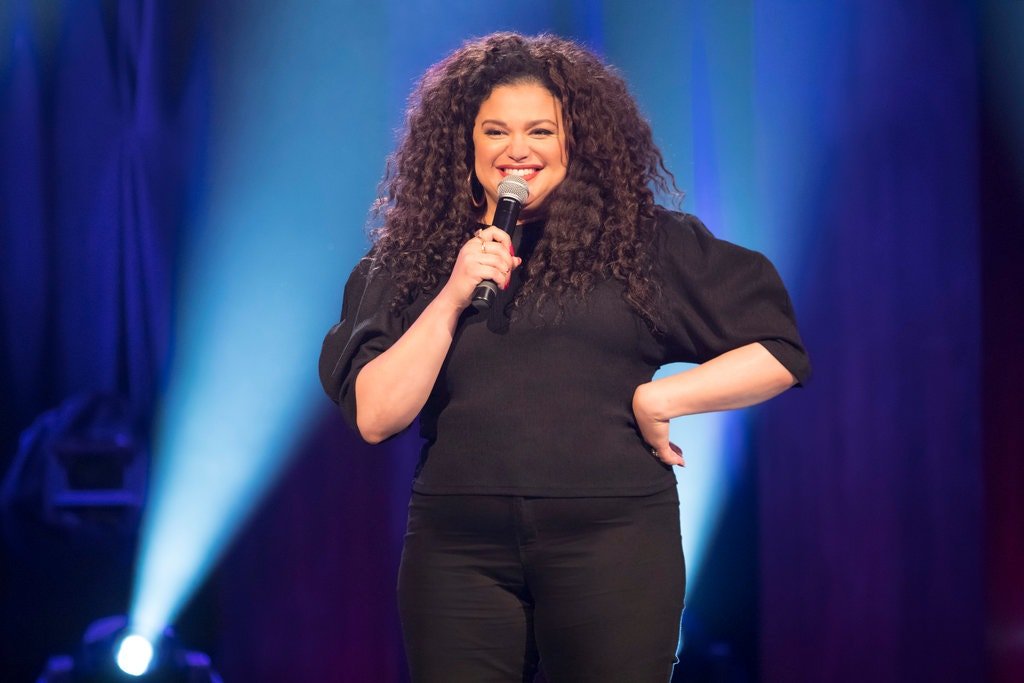 Buteau was born on 24 July 1977 in New Jersey, the USA to a Haitian father and Jamaican mother. Besides these, she has not revealed information on her parents or siblings. She holds the nationality of America and belongs to mixed ethnicity. Additionally, she has not documented on her academic qualifications. However, she began her career right after graduation.

In 2001, she performed her first comedy gigs, since then, she has been actively working to entertain the audience with her humor comedies. She landed her first television career after five years spending her time as a stand-up comedian in stage and events. For her hard-working, she was listed as one of ten comedians to watch by Esquire Magazine in 2017.

Furthermore, she started as a podcaster in 2018 where she hosted the Late Night Whenever! podcast. Following that, she began hosting the WNYC podcast, Adulting, with co-host Jordan Carlos in 2019. Buteau joined as a part of ‘The Comedy Lineup’ on Netflix where she did 15-minute stand-up sets.

Her screen appearance includes ‘Someone Great’, ‘Isn’t It Romantic’, ‘Always Be My Maybe’, and ‘Tales of the City’. At the beginning of 2020, she became the host of the first season of a reality TV show on Netflix ‘The Circle’.

shit, if we’ve gotta stay in for a couple of weeks might as well be entertained ✌🏽⭕️ @thecirclenetflix #findacure

Most of the people must be wondering about her current relationship, moreover, wanted to know whether the 42-years-old (as of 2020) is married or not? Well, the television personality is a happily married woman. She has married her long term boyfriend turned husband Gijs van der Most in 2010. Her husband is a native Dutch photographer with whom she had dated for years before marriage.

However, after marriage, they had tried to conceive a baby for five years. But they failed and lastly decided to have a baby through surrogacy. Therefore, today, they have become proud parents of twins born in January 2019. The twins are named Hazel and Otis van der Most. Further, the couple is living a blissful married life along with their newborn babies. 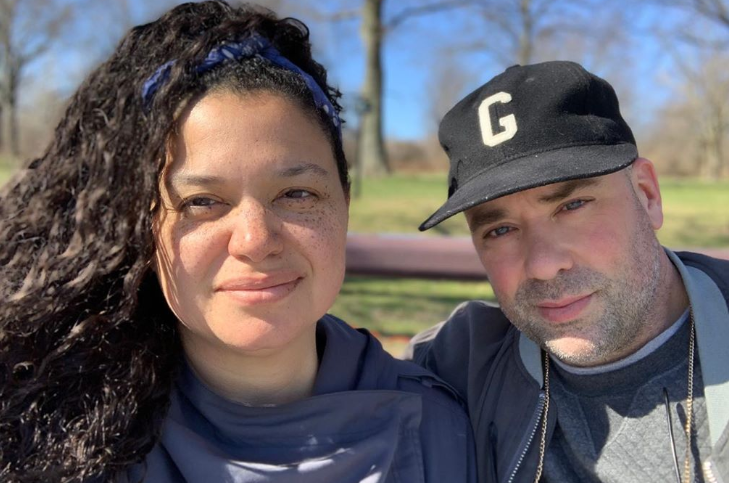 The television personality has been earning a good amount from her career as a comedian and actress. However, there isn’t exact information on her salary or income. But looking at her busy schedule and fame, she must be earning in millions. Therefore, according to sources, her net worth has an estimation of around $1 million.

She is highly active over different social media platforms with personal and verified accounts. On Instagram, she has an account @michellebuteau with 133k followers. She goes by the handle @MichelleButeau on Twitter with 38.6k followers. Also, she has a Facebook account with more than 10.2k followers.

Awwww on this day, last year 🗣❣️ I don’t memba’ taking this. One babe eating, another sleeping, whilst drinking coffee, braless on de couch. When I tell you having twins is like that movie My Left Foot with Daniel Day Lewis you bessss believe. I’ll use that big toe to reorder past items on Fresh Direct cause she a boss too 🤪🦶🏼✌🏽#allidoistwintwintwin

The television personality has a well-trained body that stands to a height of 5 feet 7 inches or 1.7 meters and weighs 60 kg. Other than this, there is no information on her body measurements of chest, hips, or waist. She has black eyes color as well as hair color.