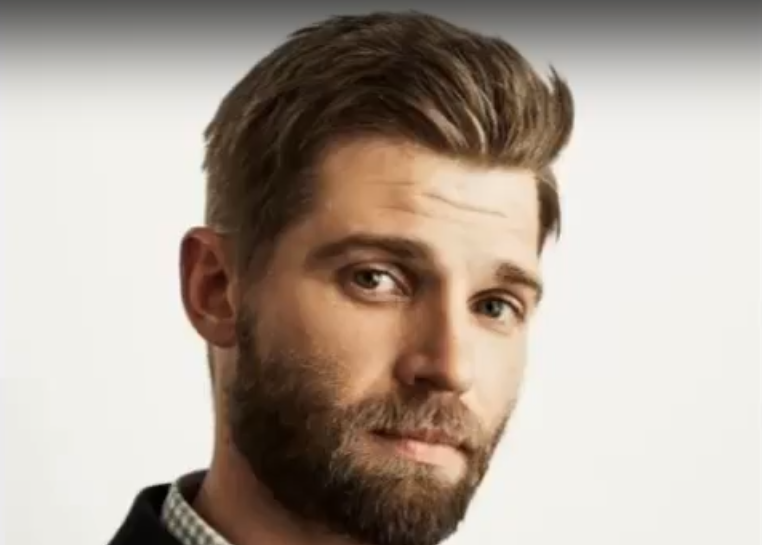 Mike Vogel is a former Vogue model and American actor. Many people recognize him for portraying the character ‘Johnny Foote’ in the period drama film ‘The Help’. For his role in the film, he garnered six nominations for his outstanding performance and five wins. Recently, he was known for playing the main role of Captain Adam Dalton for the 2017 series ‘The Brave’.

Moreover, the actor has appeared in several films and dramas including ‘The Sisterhood of the Traveling Pants’, ‘Poseidon’, ‘Blue Valentine’, and ‘The Case for Christ’. Further, it is announced that he will be starring in the sci-fi drama ‘Triangle’, but according to the sources, ABC has opted not to proceed with the pilot. However, let see what will happen to this pilot, aired or not? Meantime, let us scroll down to know more about his personal details and his earnings.

The talented actor was born on 17 July 1979, in Abington Township, Pennsylvania, U.S.A. He was born as Michael James Vogel to the parents Kathy and Jim Vogel. He grew up in Warminster Township, Pennsylvania along with his two younger siblings. They are brother Daniel Aaron and sister Kristin. Additionally, his both grandfathers had fought in World War II, one was the tank commander while other a Seabee in Navy.

Coming to his education, he completed his high school from William Tennent High School. During his schooling, he joined the freshman wrestling team. Then after graduation, he went on to join Cairn University in Langhorne, Pennsylvania. It is not clear when he has built an interest in acting. But in early 2000, he has frequently walked for the auditions for modeling and acting as well.

However, the actor has started to began his acting and modeling career during his university days. In the beginning, Vogel started his career as a fashion model and modeled for the iconic Levi Strauss & Company. Later in 2001, he began his acting debut with the 2001 series ‘Grounded for Life’ as ‘Dean Piramatti’ for 15 episodes. There he shared a screen with the actors like Lynsey Bartilson and Megyn Price. Next, he joined the cast of medical drama ‘Miami Medical’ in the main role of ‘Dr. Chris’ and appeared in 13 episodes. Following that, he cast as the main role of ‘Dean Lowrey’ in the series ‘Pan Am’. He has also appeared in the main cast of ‘Dale (Barbie) Barbara’ in the 2013 aired series ‘Under the Dome’. His other television credits include ‘Living Loaded’, ‘Bates Motel’, and ‘Childhood’s End’.

One for the road….. I will miss this team immensely. They trained tirelessly, and gave all they had to bring the characters of @nbcthebrave to life. Thank you for taking the ride with us. All our love -Top, out

Vogel has equally established his work on the big screen as well. In 2003, he has his first movie role was in the skate-boarding theme film ‘Grind’ where actors like Adam Brody and Jennifer Morrison acted as well. He has also appeared in the box-office hit movie ‘The Texas Chainsaw Massacre’ in 2003. In 2006, he worked in the 160 million dollar project ‘Poseidon’ which has grossed $181 million at the international box office. In the same year, he was offered the role of the Angel in ‘X-Men: The Last stand’ but backed out to play in the movie ‘Poseidon’.

Moving towards his personal life, we can say that he is a rich person because he got both a successful married life and a career. He has married a very supportive wife Courtney Vogel whom he has dated for a while before their wedding. Further, the duo tied a nuptial knot in the year 2003 January. The couple is together over a decade and seems to have a good understanding of each other.

Filming in CA for a month and decided to head up to our old stomping grounds in Big Bear. Stumbled upon a gem in @bigbearlocal and the owner, Michael. The food is insane, and the service even better. If you’re up here give it a try. You won’t be disappointed! 🍍

From their 15 years of married life, they have produced three children. They are Casey Renee in 2007, Charlee B. in 2009, and Gabriel James in 2013. Currently, Vogel and his family reside in Nashville, Tennessee. In addition, there is no information on his rumors and controversies as of now.

Regarding his earnings, well, what we can say he has worked in almost hit series and dramas and mostly in the main roles. Now, we can expect that his salary must be in a good number of six digits. Further, according to the sources, he has taken the spots of no.1 on People With Money’s top 10 highest-paid actors as of now. Therefore, his net worth has an estimation of around $96 million. But some sources have estimated his net worth over $2 million.

He is also a social media personality who is active over different social media platforms. But it seems that he does not have any sorts of accounts on Facebook. On Instagram, he goes by the verified account @realmikevogel with 127k followers. Also, on Twitter, he has an account @Mike_Vogel having 86.5k followers.

Coffee run and some quick hang time with my bro….. who coincidentally gets photo cred…. @snakipoo

The actor looks extremely hot and possesses the well-toned body which has measurements of 40-14.5-33 inches. Vogel has a perfect height of 5 feet 10 inches that compliments his body and weighs around 76 kg. The dashing actor has deep blue eyes with a short light brown hair color.