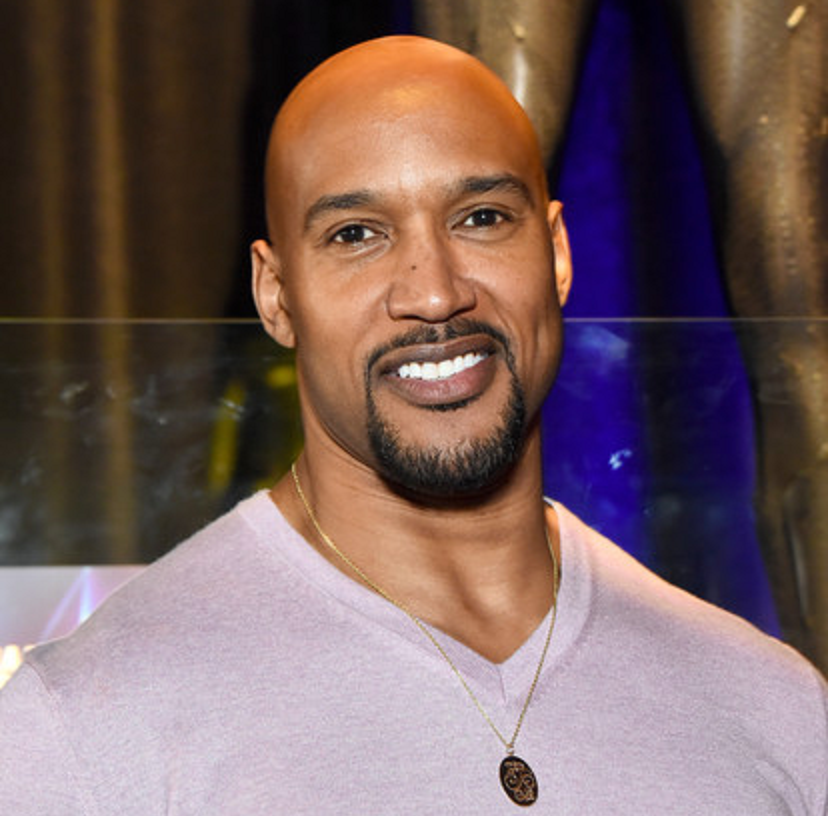 Henry Simmons is an American actor, best known for the character ‘Alphonso Mackenzie’ for the ABC’s police drama ‘Agents of S.H.I.E.L.D’. Further, many people recognize him for portraying the role of detective Baldwin Jones on ‘NYPD Blue’ and ‘ISSAC Wright’ in drama ‘Shark’.

The actor has appeared in a number of TV shows and movies including ‘Are We There Yet?’, ‘Law & Order: SVU’, and ‘Transparent’, many others. Also, he has collected the Best Actor Award for his role in 2007 ‘South of Pico’ by the category ‘Grand Jury Award’ at the American Black Film Festival. Let us scroll down to know more details about the veteran actor. 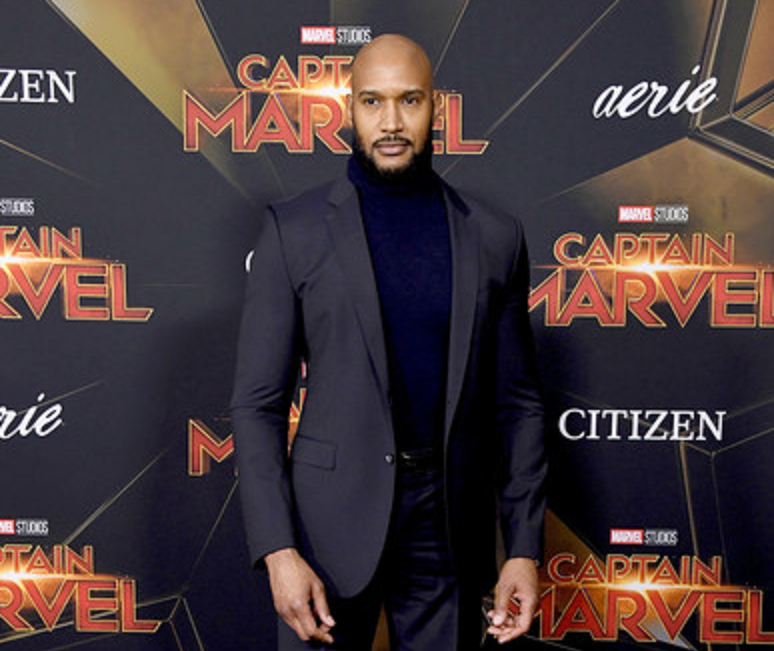 The actor was born as Henry Oswald Simmons, Jr. on 1 July 1970. He was born and raised in Stamford, Connecticut, the United States to the parents Aurelia and Henry Simmons, Sr. His father was an IRS Revenue Officer and mother, a school teacher. He has three siblings: twin sister and another sister. One of his twin sisters works as a casting director. Additionally, he has an ethnicity of Afro-Americans.

After completing high school, he joined Franklin Pierce University where he earned a basketball scholarship. From the university, he graduated with a business degree. During his university years, he began to participate in theaters and found the actor beneath himself. Without wasting time, he set the mind to make his career in acting.

I have no idea why I'm posting this….I was looking through some pictures yesterday and I guess it made me a little nostalgic. This is when I was 17 years old and on the all-conference basketball team in high school (I'm #44). I had no idea five years from then I would step out into the unknown to pursue a career in acting. I moved to New York with no leads, no promise of jobs, no money, nothing.. . All I had was faith in God. For whatever reason, I knew no matter what, He would take care of me. That still holds true today. As I said before… only by the grace of God. #ThankYouJesus #ThoseShortsAreRidiculous #IsItMeOrAmITheOnlyOneInThisPicture WhoCantGrowFaciaHair? #HowDoYouHaveAFullGoateeAtEighteen

Before moving to New York City for pursuing acting lessons, he briefly worked at a Fortune 500 company in Stamford. After playing a few roles, he got his first breakthrough role in the police drama ‘NYPD Blue’ that aired from 2000-2005. In the series, he portrayed the role of ‘Detective Baldwin Jones’ and shared a screen with the performers like Aisha Hinds and Renee O’Connor.

His television film works include 2004 ‘Spartacus’ as ‘Draba’, 2005 ‘Lackawanna Blues’ as ‘Jesse’, 2009 ‘Georgia O’Keeffe’ as ‘Jean Toomer’, and so on… He has also appeared in the series like ‘The Cosby Mysteries’, ‘New York Undercover’, ‘ Pepper Dennis’, ‘The Cleaner’, ‘CSI: Miami’, and ‘Raising Bar’. He also has shared the screen with Danny Pino and Kelli Giddish in the crime drama series ‘Law & Order: SVU’. The actor has worked in the crime comedy-drama series ‘Bones’, starrer Michaela Conlin and Tamara Taylor.

Let us talk about his personal life then Henry has already been nine years of a married relationship. He has married his one and only lady love with whom he had a long term relationship. Simmons tied a knot with the actress Sophina Brown on May 2010. The couple first met on the sets of legal drama ‘Shark’ in 2006. The couple together had featured in a few of series like ‘NYPD Blue’, ‘Ravenswood’, and ‘Numb3rs’.

Their nine years of togetherness has not welcomed any children yet. However, the couple seems to enjoy their married life and not planning to have kids as of now. If we have to talk about his previous relationships, then he has been in a number of relationships. He has dated actress Tracee Ellis Ross, Sharon Leal, Lauren Sanchez, Rolonda Watts, and Eva Marcille. But after his marriage, there is no news of any extramarital affairs. 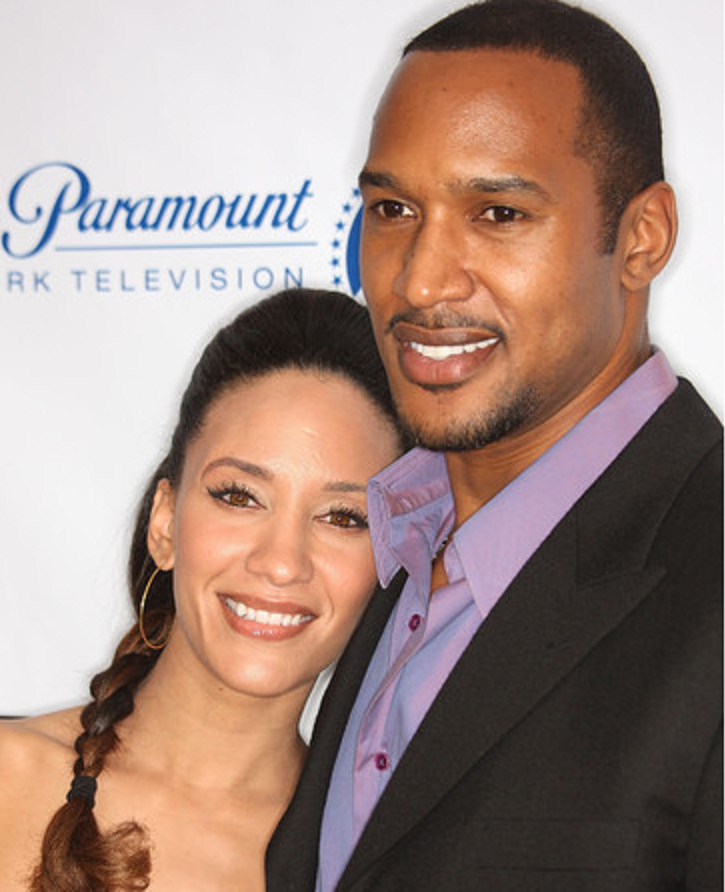 Speaking of his net worth, he has earned a pretty good amount from his career. His net worth has an estimation of around $2 million.

CONGRATULATIONS to my wife, Sophina Brown, and everyone involved in her production of August Wilson's "Two Trains Running"!! The production won five #StageRawAwards ! ……edited REPOST @dorianmissick We clean up well! @stageraw awards Congrats to all the winners. Including my cast of “Two Trains Running” for best ensemble, @nijaokoro for best supporting actress, the magical #AdolphusWard for best supporting actor, and super producer #SophinaBrown and our entire production for best revival! And the amazing @johniacovelli for best set design! About Last Night: #WeCute #IJustStandNextToPrettyPeopleToLookPrettyToo ………………….. . #greatnight #proudhubby #imsmilinginthispicturebutiwashungryashell

The veteran actor has a tall height of 6 feet 4 inches or 1.93 meters and weighs around 93 kg. Other than this there is no information on his body measurements. Further, he has black eyes and a bald head.