Nadine Caridi is a former British model, more famous for her marriage with the American former stock market mogul Jordan Belfort. Belfort remained infamous for his shady business tactics and a lifestyle full of substance abuse. Nadine began her career as a model and became a poster girl for the beer brand, ‘Miller Life’. She during the course of her modeling years also featured for various national campaigns that included ads of ‘Monday Night Football’.

Nadine’s life was full of twists and turns with failures in her relationships. Having said that, her life did take a new height when Margot Robbie played her in the epic blockbuster movie, “The Wolf of the Wall Street.” The story dealt with the story of her former husband and was a biographical comedy. Let us now get to know the “lives and lies” of Nandi Caridi. 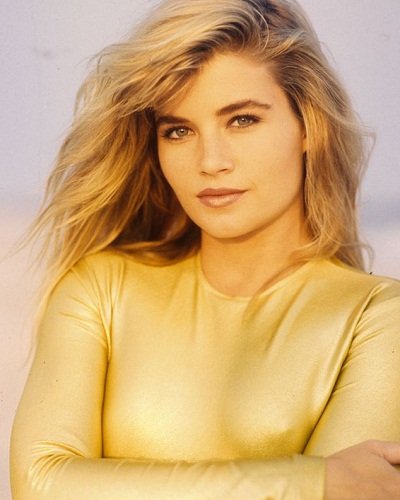 Nadine Caridi was born on November 6, 1962, in London, United Kingdom. She at an early age moved from the UK and grew up in Bay Ridge, a neighborhood in Brooklyn, New York. There is not much information regarding her early life and parents but she did attend John Dewey High School located in Gravesend and graduated from the very school. She is also one of the few names in the fashion industries with an amazing educational background. She obtained a Masters in Clinical Psychology from the Pacifica Graduate Institute and obtained her Ph.D. later in 2015.

Soon after graduating, she endeavored into the fashion industry and modeling. Later, in the 90’s, Nadine became the poster girl of the famous beer brand ‘Miller Life’.

Caption: Nadine in her beer commercial.

Nadine was stunningly beautiful and captivating; this factor helped her in pursuit towards modeling. She is a successful model, got featured in several national commercial campaigns; noticeably for Monday Night Football commercials.

The gorgeous Nadine first met Belfort when she and her then-boyfriend, Alan Wilzig were invited to one of his “lavish parties with girls, alcohol, and drugs”. Alan used to be an American entrepreneur, semi-professional race car driver, philanthropist, and a restaurateur and Belfort was married to Denise Lombardo. Nadine and Jordan were drawn towards each other at the very first glance. The scene was well presented in the movie. The two started dating with Nadine dumping Alan. Soon after, Belfort filed for divorce with Denise and the new couple tied their knot in 1991 in the Caribbean after a few years of dating. Nadine has two children with Jordan Belfort– a son and a daughter. 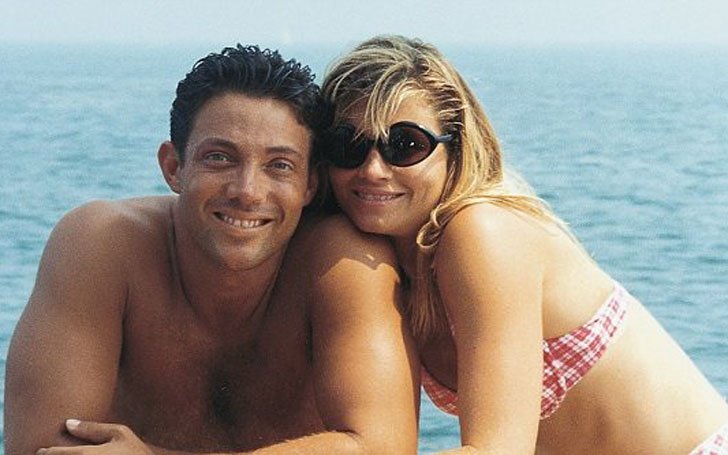 Belfort and his business ways finally started catching the eyes of authorities. Then came the investigations and the stock market mogul was to serve four years of imprisonment in 2003. He did get out in just 22 months but he constantly had incidents with Nadine. Belfort was a drug addict, had affairs with other women and to top it all off, was violent with Nadine. This led to trouble in their relationship and they finally got divorced in 2005. 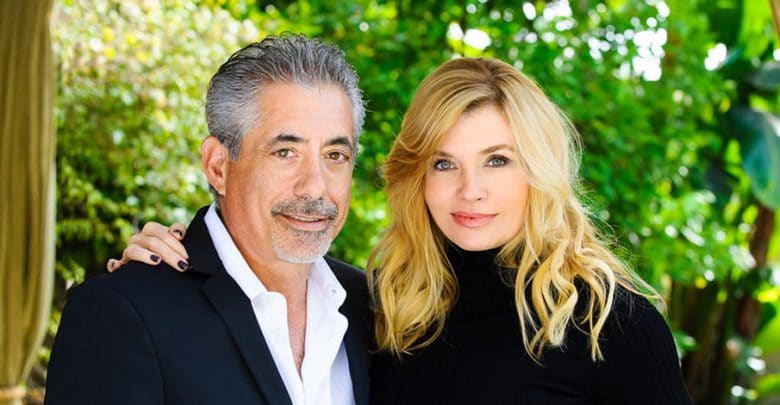 After getting divorced with Jordan Belfort, Nadine started seeing and got married to John Macaluso, a former entrepreneur from New York. John is reportedly 22 years older than Nadine and has served as a CEO of the Wizard World. The company is famous for producing multigenre fan conventions in the United States. According to some reliable reports, she is now living a happy and peaceful life with John. Nadine and her new husband now have a family with 3 daughters from Macaluso and 2 of her own children

Surprisingly, this area in Nadine’s life is still unknown and is a matter of speculations for many. Having said that, she has been working for Miller Lite for several years now. The company seems to be making good sales and in the range of $2.03 billion in 2017. So it is pretty safe to say that they are paying Nadine a good chunk of their fortune.

Caridy’s current husband is the former CEO of the Wizard World and possesses a good net worth having sold 8.5 million shares last year.

You might also want to read about Jessica Rogan