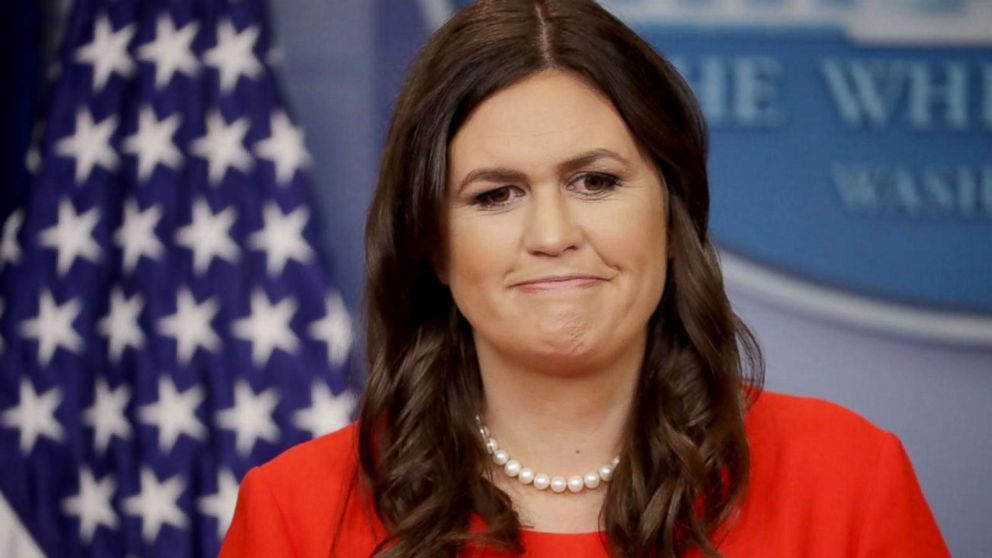 Sarah Huckabee Sanders has become the voice and face of the Trump Administration alongside Kellyanne Conway. Quite literally. Under Trump, she has served as the White House Press Secretary since July 2017. And there are very few people in the US political scene who have been as controversial as Sanders (Maybe Trump, we will give you that).

The frustrated figure of Sanders in constant confrontation with the “Fake News Media” has become the picture of the recent White House briefings. She is a pretty polarizing figure. On the one hand, the supporters of President Trump praise her. She stands up for the President and rebukes the mainstream media. On the other hand, critics of Trump will argue that she fabricates lies on the behalf of the administration. The recent Muller Report and the reported “false statements” scandal certainly do her no favor.

Let us dig deeper to find out if Sarah Sander’s life has always been this roller-coaster or not.

Sarah Sanders was born Sarah Elizabeth Huckabee on 13th of August, 1983 in Hope, Arkansas. She is the daughter of the renowned politician Mike Huckabee. He served as the Governor of Arkansas from 1996-2007. Her mother is Janet Mccain Huckabee. She was the youngest of her siblings. Her two older brothers were named David Huckabee and John Mark Huckabee.

Sanders attended Little Rock Central High School in her home state. She also did her Bachelor’s degree in Arkansas. She achieved her Bachelors of Arts degree from the Ouachita Baptist University and majored in political science. Sanders also has a minor in mass communications.

Happy Father’s Day to my amazing dad @GovMikeHuckabee! Love this pic of you with Scarlett! pic.twitter.com/eTn0cEWpML

Sander’s interest in politics is not new. Even in school, she was an officer for the Teenage Republican Federation. And she went a step further in college and became the leader of the student senate. Her father says that, in her childhood, when other kids were playing or watching cartoons, Sarah Sanders would learn about polling data.

Sanders involved herself heavily in her father’s senate campaign in 1992. She did so again for his reelection campaign in 2002. She also directed and managed Mike Huckabee’s presidential campaigns in 2008 and in 2016. After her father’s failed attempt, she joined the Trump Team as a senior advisor in 2016.

Similarly, she has also served under Republican President George W. Bush. There, she worked as a regional liaison for the U.S Department of Education. Sanders has also worked for many other Republican politicians, including Sen. Tom Cotton and John Boozman, and also Gov. Tim Pawlenty.

Working for The Trump Administration

When Donald Trump won his bid to become the 44th President of the United States of America, he appointed Sarah Huckabee Sanders to the post of Deputy White House Press Secretary. Sean Spicer was the Press Secretary at the time. Sanders regularly filled in for Spicer, including that time after the James Comey dismissal.

After Spicer resigned, she assumed the role of the White House Press Secretary. She is only the third woman in the history of this country to hold that post.

Her whole time working in the Trump Administration has been full of controversies. She has constant fights with the media, which she called “Fake News”. Her exchanges with Jim Acosta and other journalists are pretty famous. Also, her defense of the President’s Immigration Policy, her briefings during the Stormy Daniels scandal, has been but a few of those controversies. During the 2017 White House Correspondent’s Dinner, comedian Michelle Wolf said this about Sanders, “she burns facts, and then she uses that ash to create a perfect smoky eye.”

On Marine One about to land at the White House after a long day on the road. #potus #trump #marineone

On 18th April 2019, the Muller Report was released. The report says that Sanders had admitted to investigators of lying about the James Comey firing on many occasions. She has said that many of FBI agents had lost faith in Comey. But later said those were just “slips of tongues”. After these revelations, many are calling for her resignation.

Just like her political career, some of her personal views are also shrouded in controversy. She opposes abortion and is very much pro-life. She is also a huge Second Amendment supporter and is in favor of tax cuts.

But Sarah Huckabee Sander’s private life is pretty tame in comparison. She met her husband Bryan Sanders in 2008. He was the media consultant for her father’s campaign while she was the field director.

Bryan and Sarah tied the knot in 2010. Their wedding ceremony took place in the St. John Island. They have become proud parents of 3 kids so far.

The kids loved story time with Santa at the Capitol Hotel last night. Let's hope we aren't kicked out for next year after huck did a body dive into the pillows when Santa called his name to see if he was on the nice list.

The pay for working for the Trump administration is not much if you compare it to high-profile celebrities. But it is significant. As the White House Press Secretary, Sanders earns $179,700 yearly. When she was the Deputy Secretary, her salary was $165,000 a year. However, we do not know much about her actual net worth.

However, she is more active on her official Twitter page. There, Sanders is available at the handle @PressSec and has 3.1 million followers.

Cup of coffee (sitting in the seat Clint Eastwood sat in movie) at our event at the northsidecafe that opened in 1870's and still operating. Try the Mac and cheese! #imwithhuck #campaignlife #iloveiowa