Suhasini Maniratnam is an Indian actress, director, and writer, mostly working in the South Indian film fraternity. In 1980, she debuted in Tamil film and worked in other film industries of Telugu, Malayalam, and Kannada. For her great performance, she received 4 Filmfare Awards, 2 Kerala State Awards, and 2 Nandi Awards.

Her acting and directing works include Gabbar Singh, Putham Pudhu Kaalai, and Salt Mango Tree. Furthermore, she also gained fame as the wife of Indian film director and screenwriter, Gopala Ratnam Subramaniam professionally known as Mani Ratnam. In addition, he is well known for films like Roja (1992), Bombay (1995), and Dil Se.. (1998). Let us scroll over to know more information on the actress while reading her net worth and career. 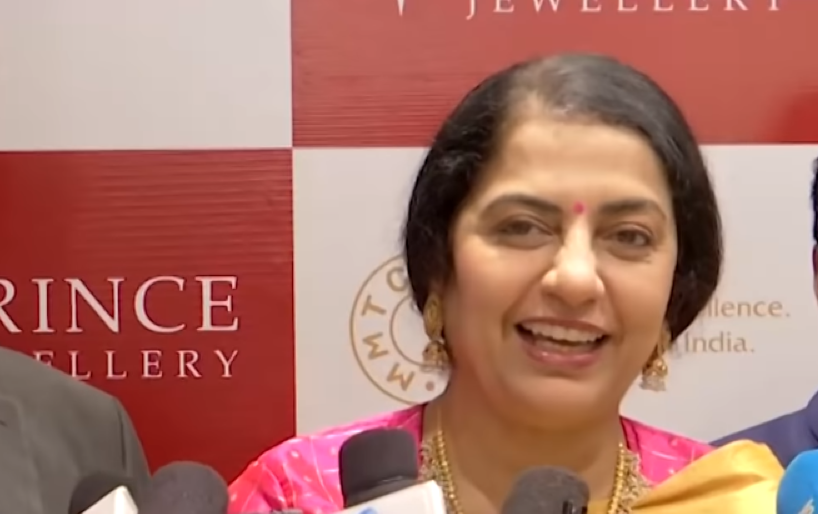 The actress was born on 15 August 1961 as Suhasini Charuhasan under the zodiac sign, Leo. She was born as the middle child in Paramakudi, Madras State (present-day Tamil Nadu), India to her parents Charuhasan and Komalam. She has two sisters: elder sister Nandhini, a doctor, while younger sister Subhashini is an English literature professor. Her father’s brother eventually her uncles have made a good name in the Indian film industry, especially in the south Indian film industry.

Her uncles include producer Chandrahasan and Kamal Haasan who is a popular actor and politician. Further, she is the paternal cousin of actresses Shruti Haasan, Akshara Haasan, and Anu Haasan. She has a nationality of India and belongs to the South Indian community. Regarding her education, she attended the Municipal Elementary School in Paramakudi till the age of 12.

She moved to Madras to live with her grandmother and uncle Kamal Haasan. After following the path of her family, she also gained an interest in the entertainment industry. She then joined M.G.R. Government Film and Television Training Institute. She initially started her career as a camera assistant and then became an actress.

As an actress, she has appeared in Bollywood as well as the South Indian film industry. Before that, she had also worked as a makeup artist for several leading actresses. Her acting works include Bandhana (1984), Vanaprastham (1999),  Theerthadanam (2001), Maathaad Maathaadu Mallige (2007), School Master (2010), and Gabbar Singh (2012).

She also emerged as a director in 1991 directing the anthology mini-series Penn. She then directed her first film Indira in 1995. Suhasini has directed many projects along with her husband Mani Ratnam through their production house Madras Talkies. In 2020, she directed a segment titled “Coffee, Anyone?” in Amazon Prime’s Putham Pudhu Kaalai.

The director is a happily married woman to her husband for a long time. As mentioned above, she married a film director named Mani Ratnam on 26 August 1988. Out of the context, she is rarely seen giving interviews but in one of her rare interviews and titled him a ‘ chronic romantic’. Furthermore, the duo had worked together in multiple films as well. Together, they welcomed a son, Nandan, born in 1992.

She has been making a good amount of money from her directing and acting career in Bollywood. Though there isn’t an exact income coming from her career, however, she maintains a stable amount. According to reports, she has an estimated net worth of above 38.7 crores of Indian Currency (approximately $5 million USD).

Her famous Indian film director husband Mani Ratnam has an estimated net worth of above 130 Crores Indian Rupees (approx $18.3 million USD). He has made this huge amount from producing, directing, and creating several hit Indian movies.

She has an average body type that stands to a height of 5 feet 5 inches or 1.65 meters and weighs around 60 kg. Her body measures 36 inches chest size and 36 inches hips size respectively. She has dark brown hair color as well as the same eyes color.