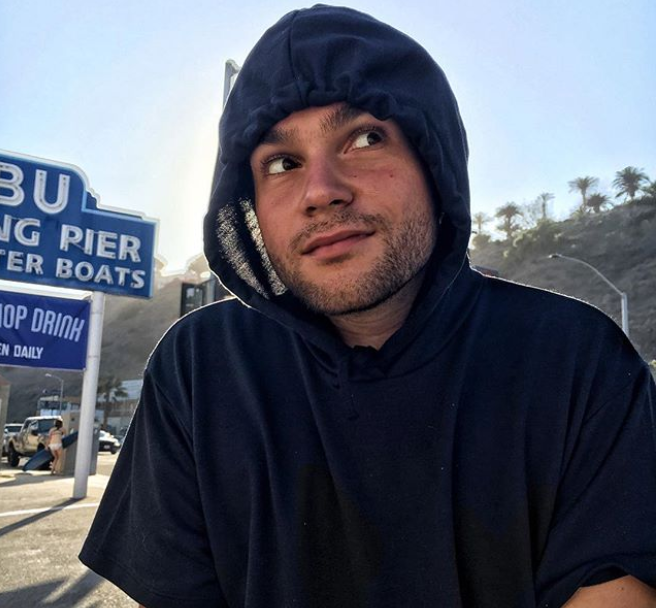 Troy Gentile is an American actor who is famous for his role as Barry Goldberg in the ABCs comedy series, “The Goldbergs” alongside names like Tanner Buchanan and Jackie Sandler. Moreover, he has also made several appearances for shows like “Entourage” and the classic “Suite Life of Zack and Cody.”

Gentile began as a child actor starting at a really tender age. When he first came to the industry, he was a chubby kid on a wheelchair acting on Bad News Bear. Today the once little chubby kid has gone through a remarkable weight loss and looks really fit. Let us now get to know a bit more about this actor.

Troy Francis Farshi was born on the 27th of October, 1993, in Boca Raton, Florida. He was born to parents Albert Farshi and Debbie Gentile. While his father was originally from Iran, his mother was from Los Angeles and was working in advertising. Sadly, Troy’s parents got divorced and he moved to his mothers family when he was only 4.

I love the camera and I always will. It never judged me only God can. Shoutout PAC!

Gentile came to the industry at a very tender age of 11. It was then that he got cast to play a supporting role of Matthew Hooper in 2005 movie Bad News Bear. He began as a child actor and then later went on to act on movies like Nacho Libre and Tenacious D: The Pick of Destiny. It was a role alongside the amazing singer and actor Jack Black where he played the role of young Jack Black.

Troy then went out to act in the ABCs series The Goldberg in 2013. Whilst working for the show he was regarded as one of the more dependable supporting cast members known more for his comedic roles. He also went on to appear on films like Drillbit Taylor which was alongside Owen Wilson. His other roles include Nelson in Zip, Nathan in Fugly, and Mitchell Levine in Entourage. Gentile has even gone on to appear as a young Craig Ferguson on a segment of The Late Late Show in 2005. For his contribution to the movie industry, he got nominated to for Young Artist Award for Best Performance in a Feature Film.

When he first came to the industry, Troy was a tad bit out of shape. It was also a long time ago but today he has gone through a dramatic loss of weight. It has even resulted in many people believing that he has undergone many different procedures. However, it is a big transformation and everyone’s very proud of Gentile.

Troy has been leading a quiet life and away from the media. This is why very little is known about his love life. He once confused all his Twitter followers by announcing he was getting married but it was only a joke. There have also been several rumors questioning the sexuality of Gentile but these are just rumors.

Now coming to his earnings, Troy has made quite a substantial fortune for he began acting when he was only 11. He has gone on to win the Young Artist Award in 2015 for his performance on Bad News Bear. He still has a long way to go and is constantly growing as an actor. As of 2018, Gentile has a net worth of $500,000.

When you win fantasy football and play the joker in the same week.

Troy is also incredibly famous on social media platforms. He has just over 65.7 thousand people following him on Instagram and people just cannot seem to get enough of him. Whereas his Twitter account has over 33.8 thousand followers and the numbers just keep on rising.