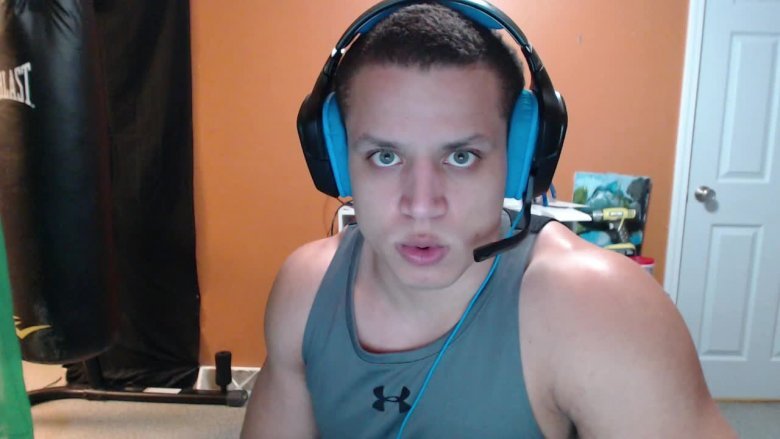 Tyler1 is an American Twitch streamer and a gamer like Sodapoppin. This YouTube personality rose to fame after streaming himself playing the famous game League of Legends. He is an athletic man and is popular for his charisma and tough personality.

Tyler Steinkamp is more known by ‘Tyler1’ his alias name in the gaming community. He streams his gaming sessions on his YouTube and Twitch channel and is infamous for displaying toxic behavior in the community. This has earned him a reputation of being the most toxic gamer in America. His behavior among other gamers was something he had to change. This player was later banned by Riot Games for an indefinite period of time. Let us get to know more about this controversial figure.

Tyler Steinkamp was born on the 6th of March in 1995. This American gamer has been able to hide some of the more intimate details from his early years which includes his parent’s identity. Tyler has a brother, Eric who likes him is a famous League of legends player. Steinkamp’s education is again a topic with very fewer details. He is believed to have studied computer science at the Central Methodist University after his high school but that is the extent of information we have on this regard.

swagged on em at twitchcon

Tyler started playing the game League of Legends from a very young age. He took the game more seriously in the later years and became a professional player. In 2014, Tyler started his own YouTube channel but posted his first video only in 2016. He, however, was a famous name in the LOL community and it helped him gain a massive amount of followers.

Steinkamp did not come to fame because of his raw talents in the game. The fact that he displayed his toxic behavior to the gaming community is what grabbed everyone’s attention. He was famous for making racist remarks and swearing while streaming and that is what made him rather popular. For his ways, he was able to attract over 1 million subscribers. He had his content viewed over 170 million times and this played a massive part to grow his wealth.

After setting up a fanbase on YouTube, he started his own community on Twitch where he again gained a massive fan following. Tyler was streaming videos and in no time he had 1.5 million followers on Twitch.

Tyler for his behavior with the online community was making headlines for all the wrong reasons. Rightfully Tyler was given a Ban on Sight and the rule was solely made for him. This happened in mid-2016 and lasted for almost 600 days. However, on the 5th of January, his ban was lifted and Tyler from his Twitter account made an announcement about it.

Since coming back, too many’s rejoice, Tyler is streaming again but had to go through a course on language to resuscitate his career.

Tyler is currently in a relationship with Macaiyla. The two met at TwitchCon2016 and have been together ever since. It has been a dramatic affair at times as Tyler behaves in the same rude way with his girlfriend too. Macaiyla is a 19-year-old girl and many consider her to be immature. She began playing games at 3 and is really good at the ones she plays.

Tyler on his videos includes pictures of Macaiyla, on several occasions. This, however, might not be an issue for the pretty young lady as her Instagram account is full of pictures of her in swimwear. Later after some controversies with Tyler, she began her own channel to clear the air regarding some issues.

Tyler makes a decent sum by playing games, and many are jealous because of the very reason. As of 2018, he has an astounding net worth of $400,000 which is amazing for a video game player.

He is also a big name in social platforms. Tyler uses Twitter where he has almost 300k followers who love to see his stand on different ideas. On Instagram, he has over 240k followers and it is full of intimate details about him.