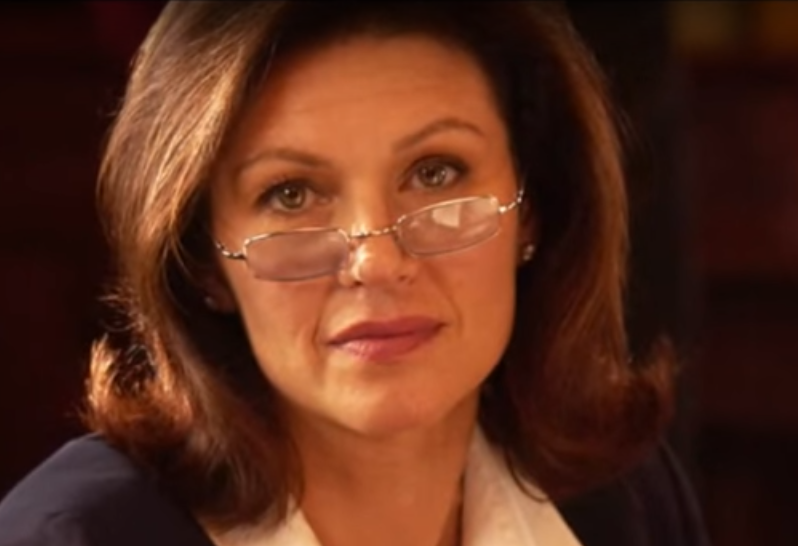 The Canada born actress Wendy Crewson has worked over 137 projects including Canadian and American series/films. People began to recognize Crewson from her breakthrough role from the dramatic film ‘The Doctor’ in 1991.

The talented actor has spent more than two decades working in the entertainment industry. For hard-work and dedication, the actress has been honored by several awards and nominations. In addition, she has won six Gemini Awards and two Canadian Screen Awards on television. Keep on reading to know more of her details.

The veteran and talented Canadian actress was born on 9 May 1956, in Hamilton, Ontario, Canada, as Wendy Jane Crewson. She was born as the daughter to father Robert Binnie Crewson and mother June Doreen. She has brother Brad Crewson, together they grew up in Manitoba, Canada. Further, she has not revealed much information on her early childhood days nor on her parents.

Looking at her education, she completed her basic education from John Rennie High School, Pointe-Claire, Quebec. Later, on finishing her high school education, she went on to join Queen’s University, Kingston, Ontario. Additionally, her interest in theatre seen clearly when she joined the theater during her college days. So, she moved to London where she began to pursue her career in acting. Then she attended the Weber Douglas Academy of Dramatic Art.

After completing her theatre study, she began to appear in a number of Canadian Tv shows and movies of the ’80s and ’90s. It includes the early 1990’s movie ‘Skullduggery’, ‘Night Heat’, ‘Tanner ’88’ and ‘Street Legal’. Later, she got her first breakthrough role as ‘Dr. Leslie Abbott’ in the 1991 drama film ‘The Doctor’.

On television, she had debuted with 1980 ‘War Brides’ as ‘Kate’ and int he main role of ‘Terry’ in Canadian series ‘Home Fires’. In 1982, she first appeared in the American made-for-television drama ‘Mazes and Monsters’ as ‘Kate Finch’. For her critical role in Canadian series ‘Saving Hope’, she received a Canadian Screen Award in 2012.

She has guest-starred in several series including ‘Due South’,  ‘Flashpoint’, ‘Rookie Blue’, ‘Endgame’, ‘Fairly Legal’, ‘Beauty & the Beast’, and ‘Forgive Me’, among others. In 2016, she joined the cast of the Canadian TV-horror series Slasher as a main role ‘Brenda Merritt’. Followed by her recurring role ‘Nora’ in Canadian drama ‘Frankie Drake Mysteries’ in 2017. A year later in 2018, she featured in the main role of ‘Fiona Currie’ in the Canadian series ‘The Detail’. In 2019, she began to work in the Netflix series ‘October Faction’ as main role ‘Maggie Allen’.

As of now, she is believed to be single and not to have in a relationship with anybody at the moment. However, after revealing about her sexual orientation, she has managed to keep curtains under her personal life. Previously, she was married to actor Michael Murphy on 7 March 1988. After a year in 1989, she gave birth to their firstborn, daughter Maggie Murphy. Then the duo welcomed their son John Branton Murphy in 1992.

After leaving together for more than two decades, the couple decided to partway to their own path. And their divorce finalized on 10 January 2009. After five years of her divorcement, she confessed and admitted to being lesbian. Then, many people speculated that one of the reasons for her divorce was after revealing her sexual preferences. What may be the reason for her separation with her ex-husband, one should respect her decision and also respect the way she prefers to live.

Speaking about her earning, she has made a quite good amount from her career. Since 1980, she has been working several movies and dramas. The Canadian actress makes an average salary from $22,718 yearly and up to $12.65 per hour while she started to work in Canada. As of now, she has appeared above 137 movies and dramas, she has gathered a million of dollars.

The beautiful actress, besides the screen, her fans and followers also follow her on different social media platforms. But she does not seem to use any sorts of account on her Instagram. She has a personal and verified Twitter account @wendy_crewson with over 2.5k followers. On Facebook, she has personal but yet to be verified account @CrewsonWendy with over 2k followers.

The Canadian actress has a slim and well-built body measures 34-24-34 inches. Her perfect body has a height of 5 feet 7 inches and weighs around 60 kg. She has a pair of a green eye with black hair which changes according to new trends.