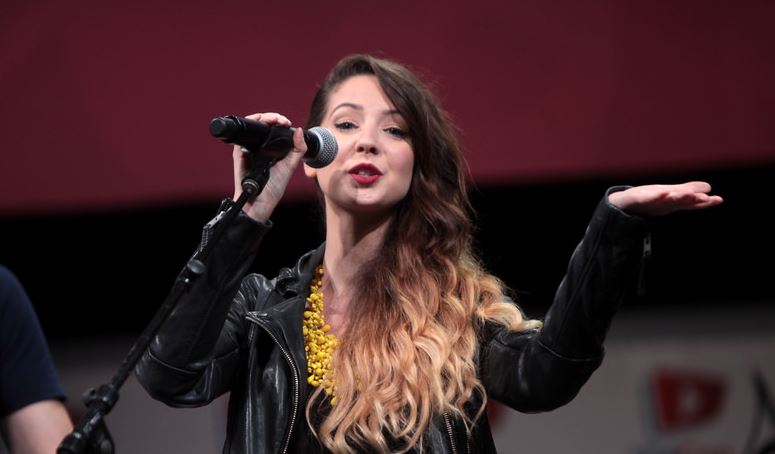 Zoella or Zoe Sugg is a British Youtuber, beauty, and fashion vlogger who is mostly known for her lifestyle and makeup content on Youtube. She also became an author with her debut book called “Beauty Online” that she released in the year 2014.  She is mostly known with her name, Zoella which she used as a pseudonym for her Youtube channel.

The beauty and fashion vlogger is also the sister of Joe Sugg, who is also a Youtuber known with the channel as ThatcherJoe. Sugg is one of the most popular beauty gurus on Youtube. She started out on Youtube in the year 2009 since then she has come a long way. Zoella has collaborated with Youtubers like Marcus Butler, Tyler Oakley, and many others.

Zoella was born on 28 March 1990 in Lacock, Wiltshire, England as Zoe Sugg. She grew up along with her brother,  Joe Sugg in  Lacock, Wiltshire in England. Zoe went to  The Corsham School and Arts College. After obtaining the degree she started working in an interior design company as an apprentice.

In the same year when she was working, Zoe also began her blog and she named it Zoella. By the end of the year, she gained her first thousand followers after which she slowly started getting more traffic on her blog posts. Likewise, her content creation for the channel also escalated as the audiences started growing in a succession. As her blog was becoming successful, she took her success into Youtube and began her channel in the year 2009.

In her Youtube channel, Zoe started to post videos about fashion, makeup, lifestyle and others which were instantly popular among her audiences. It did not take long for her channel to gain subscribers and she eventually gained a lot of views on her videos and channel. Later she also started her vlog channels to let her fans know more of her personal life.

Moreover, the Youtuber has released her own range of beauty products under her brand name of Zoella Beauty. Along with that she has released her books and collaborated with brother Joe to create a clothing line.

Zoe Suggs has an interesting career for sure and an even more interesting personal life. She is currently dating her longtime boyfriend Alfie Deyes who is also a Youtuber and an internet personality. The couple began dating back in the year 2012 and have been in a relationship since then.

Zoe first made her relationship with Alfie public in the year 2013, as she introduced him to her fans. The couple has collaborated in several projects together and continue appearing in each others’ videos as well.

Zoella/ Zoe whatever you name her, the 28-year-old vlogger has made it big on the internet. With several awards and recognition for her work and channel, Zoella has a total of 12+ million subscribers on her Youtube channels and 1+ B views in total. The success has helped her to garner a total net worth estimation of  £2.5 million as of now.