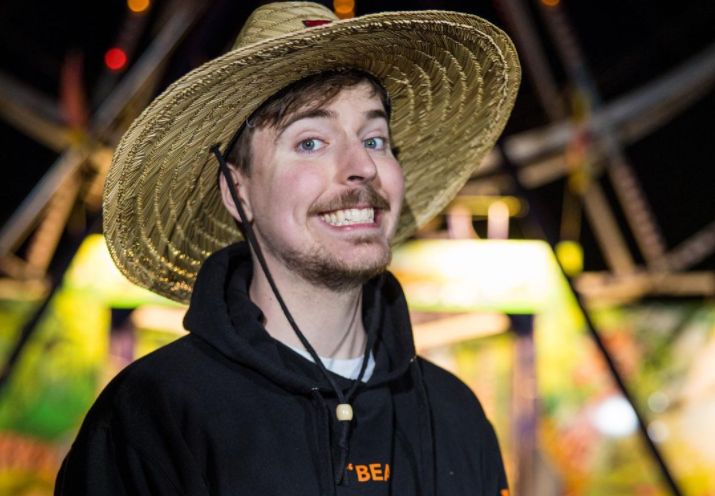 Jimmy Donaldson, popularly known as Mr Beast, is a popular American social media influencer, entrepreneur, and mostly recognized as a YouTuber. He came to prominence for featuring stunts and donating a large sum of money videos on his YouTube channel. Further, he has created a YouTube channel under his online alias name at the age of 13.

As of now, the channel has accumulated over 49 million subscribers and billion views. He has attracted viewers for the stunts like staying underwater for 24 hrs and attempt of spinning fidget for a day, and many more. The YouTube personality has also not escaped from the controversies. In 2018, the Atlantic’s Taylor Lorenz criticized him for using slurs ‘fag’ and ‘gay’ in his homophobic tweets.

Read about:  net worth, girlfriend, personal life, career, and biography of PewDiePie 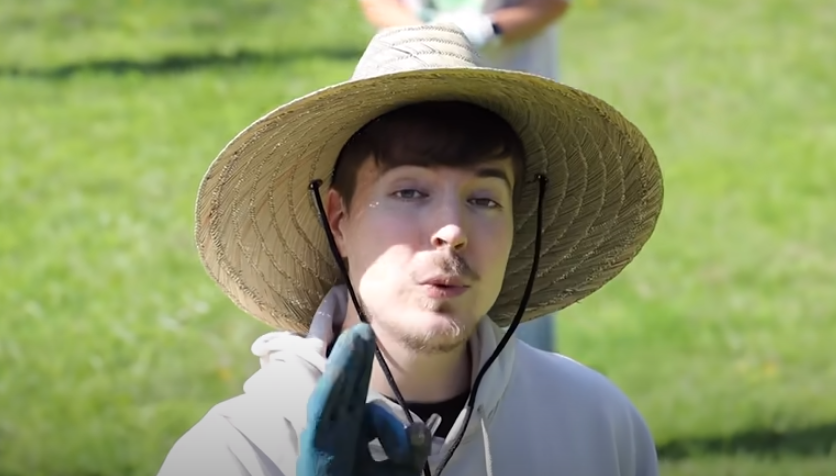 The YouTuber was born as Jimmy Donaldson on 7 May 1998 in Kansas, the United States. Currently, he resides in Raleigh, North Carolina, from where he operates his social media career. Regarding his education, he graduated from the Greenville Christian Academy in 2016. According to sources, in order to continue his social media career, he dropped out of college.

He began streaming videos on his YouTube channel under the name ‘MrBeast6000’ from the age of 13. Initially, his videos gained an average of around a thousand views after uploading a few videos like Let’s Play. He amassed more tens of thousands of views after he posted a video ‘counting to 100,000’ in 2017. Today he has gained over 49 million subscribers after uploading stunt videos as well as giveaway videos.

In October 2019, he along with Mark Rober ( former NASA engineer and YouTuber) organized a collab fundraising event on YouTube called ‘Team Trees’. The idea was promoted by many notable YouTubers like Rhett & Link, Marshmello, Marques Brownlee, Ninja, Simone Giertz, and Jacksepticeye. The event’s goal was to raise $20 million which goes to the Arbor Day Foundation, however, it amazed by exceeding over $22 million as of May 2020.

Moving toward her personal life, he has not married yet but also not single at the moment. He is in a relationship with the American social media star and dancer, Maddy Spidell since June 2019. The duo has not revealed many details of their relationship beginning or first meeting. But the couple seems to have a good understanding of each other.

In addition, his girlfriend received many negative comments on starting a relationship with him and referred to as a Gold Digger too. However, the couple didn’t get demotivated by the comments, furthermore, their relationship deepened more. 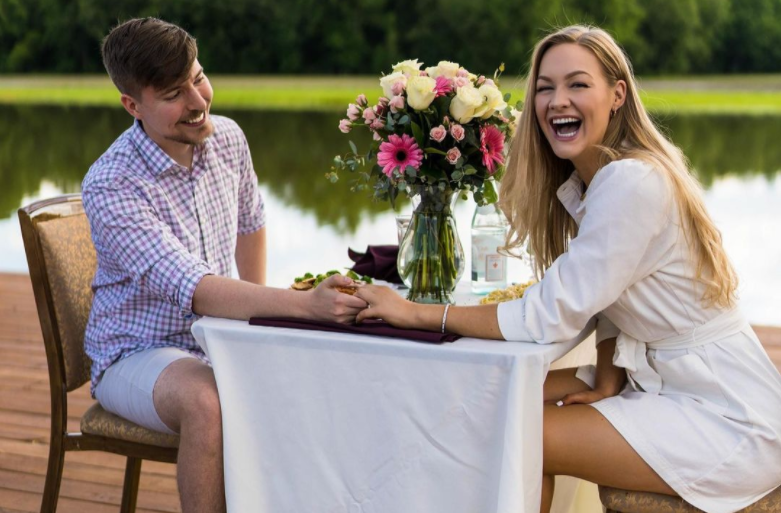 He has a net worth estimated at around $8 million from his YouTube channel and MrBeast Burger, a virtual restaurant. Further, he launched his virtual restaurant in December 2020 and later announced that the MrBeast Burger would release over 300 locations around the US. Moreover, he also makes a hefty amount from his sponsored videos on his YouTube channel.

He has an average looking body that stands to a tall height of 6 feet 3 inches or 1.91 meters. His body weighs 70 kg with 45 inches chest size and 33 inches waist size. He further has hazel green eyes color and brown hair color.