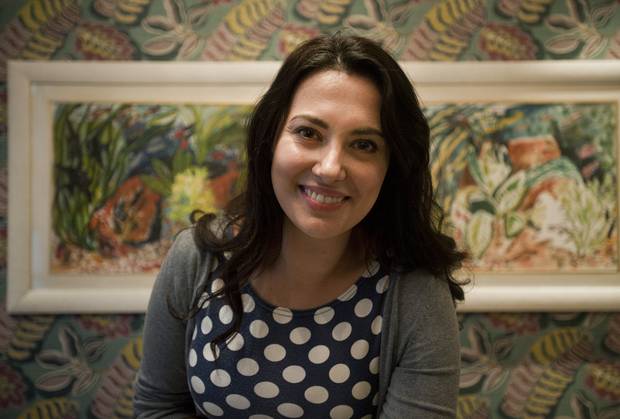 Yasmine Akram is an Irish-Pakistani actress who has mostly worked in the British based series and dramas. She rose to prominence after appearing as the Janine Hawkings in the third series od ‘Sherlock’.

Besides being an actress, she is also a writer whilst she has begun her career as a writer for BBC and Channel 4. Also, she has performed on her own scripts. She has hosted the shows along with  Louise Ford and Aisling Bea. Let us scroll down to know more about her. 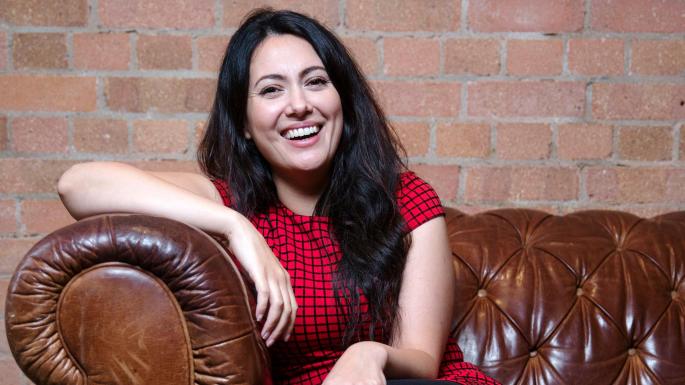 The actress was born on 11 March 1982, in Sharjah, United Arab, the United Arab Emirates. She was born as the daughter to the Pakistani father, whose identity is not available in the media. Her mother Mona is from Drogheda. Her family moved to Drogheda, Ireland while she was just eighteen months old and spent her many years there. She has a sibling: sister Masooma. She has a mixed ethnicity of Pakistani and Irish.

After completing high school, she decided to pursue a study in acting. As she had always dreamed to become a female actress version of Irish actor and comedian, Dyan Moran. Then she joined the Royal Academy of Dramatic Art then graduated with a degree in acting.

After graduation, she started out as a writer, writing the comedy sketches for BBC and Channel 4 shows. Also, she has hosted the shows for BBC Radio shows. As a writer, she had written first play ’10 Dates with Mad Mary’, which later adapted as a feature film in 2016 ‘A Date for Mad Mary’. And acted first time in Projects Arts Centre in Ireland in 2010.

Akram along with comedian Louise Ford had written and performed as the duo ‘Ford & Akram’. Together, they had a live show in 2011 at the Edinburgh Festival Fringe. Next in 2013, she c0-hosted and co-written BBC Radio 4 shows ‘Irish Micks and Legends with Aisling Bea. Previously, she had worked with Bea on Channel 4 sketch comedy show ‘LOL’. Later, she appeared in the 2014 comedy panel game show ‘Never Mind the Buzzcocks’ and 2015 BBC Radio’s ‘The News Quiz’.

She first debuted her screen career in the year 2004 with TV series ‘Love is the drug’ in 2004.  After that, she appeared in several series and dramas. It includes ‘Peep Show’, ‘London Irish’, ‘The Midnight Beast’, ‘Stella’, ‘Unforgotten’, and ‘London Town’, amongst others.

However, she started to gain notice after appearing as ‘Janine Hawkins’ in the 2014 series ‘Sherlock’. In 2016, she joined the cast of British sitcom ‘Lovesick’ as Jonesy which is still airing. In the series ‘The Reluctant Landlord’, that aired in 2018 and still airing, she appeared as ‘Julie’.

Maybe she has hooked up with anybody secretly or waiting for the right person. However, she became secretive when her on-screen love with co-actor Benedict Cumberbatch got attention publically. Other than this, there are not many details found on her relationships, controversies, or rumors.

She has been working in the film industry from the age of fourteen. Since she has worked for a long time in the industry, she must have amassed a good income from her acting career. Therefore, she has a net worth estimated at over $500 thousand. However, there is no exact information on her net worth.

The actress Akram has a slim and well-toned body type that stands to a height of 5 feet 8 inches or 1.72 meters. Her perfect body weighs around 63 kg and measurement is not available in the media. She has a light-brown eye with a black hair color.